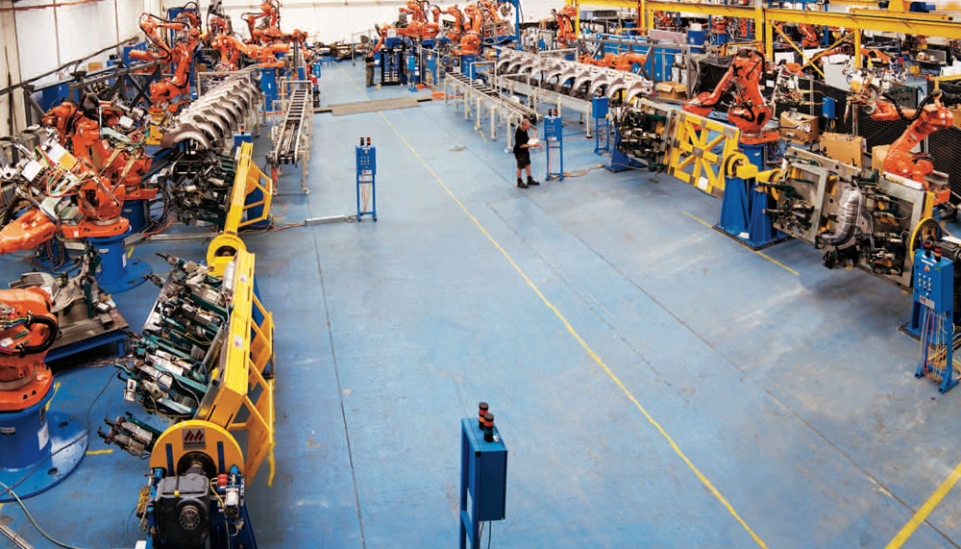 Marand has an unmatched history as a supplier of precision solutions to the automotive sector in Australia, and to a number of sectors overseas including automotive, aerospace, rail and defence.

The company is an automotive Tier 1 facilities supplier in Australia.

Its automotive division has enjoyed ongoing expansion in staff, plant and facilities which is a considerable achievement in this highly competitive market environment.

Part of this expansion has come through work won from the Ford Motor Company and has included the delivery of several turnkey facilities including the BA and Territory body- assembly facilities, and most recently the Ford Orion.

Marand won the Orion body side and main framing contracts against competition from larger international bidders from Asia and Europe.

Construction of that section of Ford’s body assembly line was first completed within Marand’s huge manufacturing plant in Moorabbin, Victoria.

There the line was tested on-site; this also allowed Ford’s engineers to view the facility as a fully operational line before sign-off.
tooling, it was facilities.” Marand Precision Engineering’s work with

In fact Ford’s engineers were able to see the line as it was being constructed and were therefore more strongly linked to its concept and its execution.

After months of work on perfecting the line at Marand it was disassem- bled and moved across town to Ford Australia’s manufacturing plant in Campbellfield.

There Marand spent another six months working with Ford engineers and staff as- sembling and testing the line for final production.

“Then we built the line here at our factory. Then it took six months to install the line at Ford,” said David Ellul, Managing Direc- tor Marand Precision Engineering.

“Our duty was to run the facility for two or three months after the launch of the Orion. That’s part of the job.”

More than the line, part of the job with Ford meant supplying every- thing including training for staff using the line, as well as training the maintenance engineers who service the line.

“We supplied everything. When we complete that type of project we are there to look after all aspects of the job,” Mr Ellul said.

“It was a multi-million dollar project with automation, robotics, special systems – no part of it was traditional tooling, it was facilities.”

Marand Precision Engineering’s work with Ford on the Orion project is paying dividends in other spheres of its work such as the aerospace and rail sectors.

These industries are now looking to Marand’s expertise in facilities design for use within their industry sectors.